I've just got a flyer through for a new party, Left Unity.  On the face of it they seem pretty good - leftwing, socialist, opposed to our current government's policies.

I see that one of their pledges is to 'End homelessness, overcrowding and high rents'.  Fair enough.  They say they will do this through:
"One million new homes to be built immediately. Refurbish the ageing housing stock. We built twice as many homes in the 1930s - the Great Depression - and they were bigger."

I'm not convinced by this.  Where are they going to build these houses?  On our green areas?  It's not worth building new houses if we destroy our countryside.  We may well have built twice as many homes in the 30s, but there was more space then and fewer people.  Those houses still exist, but Britain hasn't got twice as much land as it did int he 30s - land is a finite resource.  Houses may well have been bigger then and I bet there are a few reasons as to why that is.  One will be that there was more space.  Another would be that housing companies are greedier now - they want as much profit as they can get so they build as many houses as they can in a small space, and give them tiny little squares of gardens.

There are other options to solve the housing crisis - set limits on rental prices.  Ban second homes (or tax them heavily if you want to be less difficult about it).  Do something about all the empty homes.  Stop landlords screwing over their tenants.  Make renting more attractive so people don't need to buy (says she, who owns her own home).

There is nothing in their leaflet about the environment.  Which is why i'll be voting Green again.  I know that Left Unity don't have a hope in hell of getting a seat - you'd vote for them as a protest vote - but i can't vote for someone with such an ill thought out housing policy.  The Greens have some power in Norwich, and a few council members.  They are leftwing and environmentally friendly, which suits me.

Edited to add:
Just seen this news post on the problems of Britain's booming housing market: http://www.bbc.co.uk/news/business-27459663
Fuck's sake.  It's a problem if people aren't buying, it's a problem if they are are.  Granting large mortgages will lead to a debt overhang, which could destablise the economy, apparently.
On the same page was an article about how the Sunday Time's Rich List is 'wealthier than ever': http://www.bbc.co.uk/news/uk-27459621

Is no one else seeing the problem here????
Posted by Saranga at 11:32 am No comments:

Email ThisBlogThis!Share to TwitterShare to FacebookShare to Pinterest
Labels: Politics

I was going to split these up into several different posts, but decided I'm just going to show you some of my favourite panels from the series (issues 1-9 from the 70s).

The colours in my scans are magnificent.  So bright, so vibrant.

Let's start with an image of Devil tucking into a nice meal:

I like the sound effects in this series.  Rrmmmm conveys a certain something as does Blam and Womp: 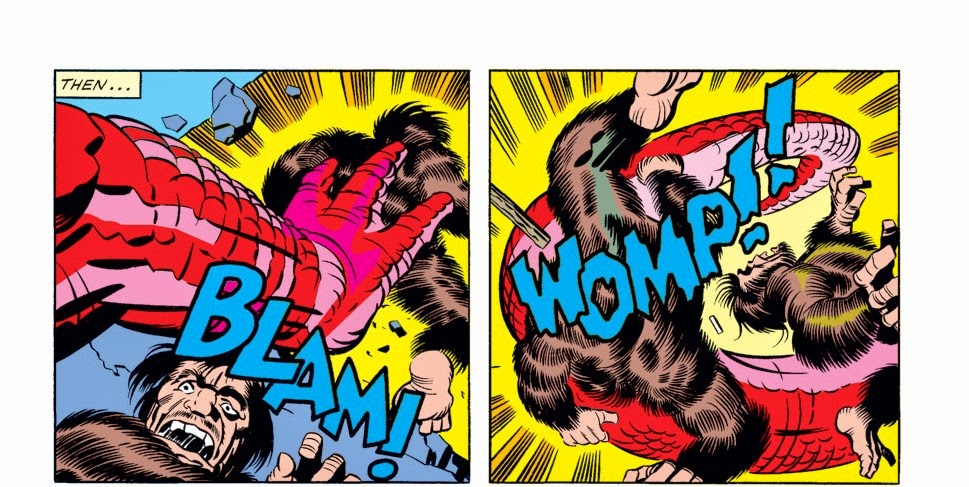 Then there's the page that announced Journey to the Center of the Ants, which doesn't really make sense: 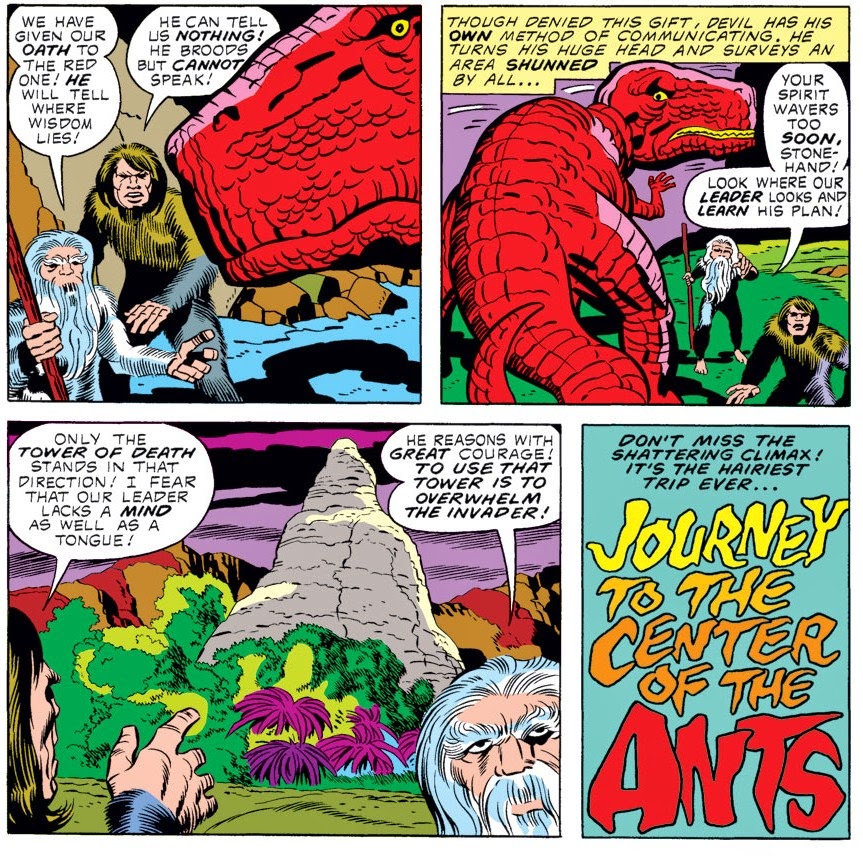 But next issue we see that yes, Devil Dinsoaur is fighting giant ants: 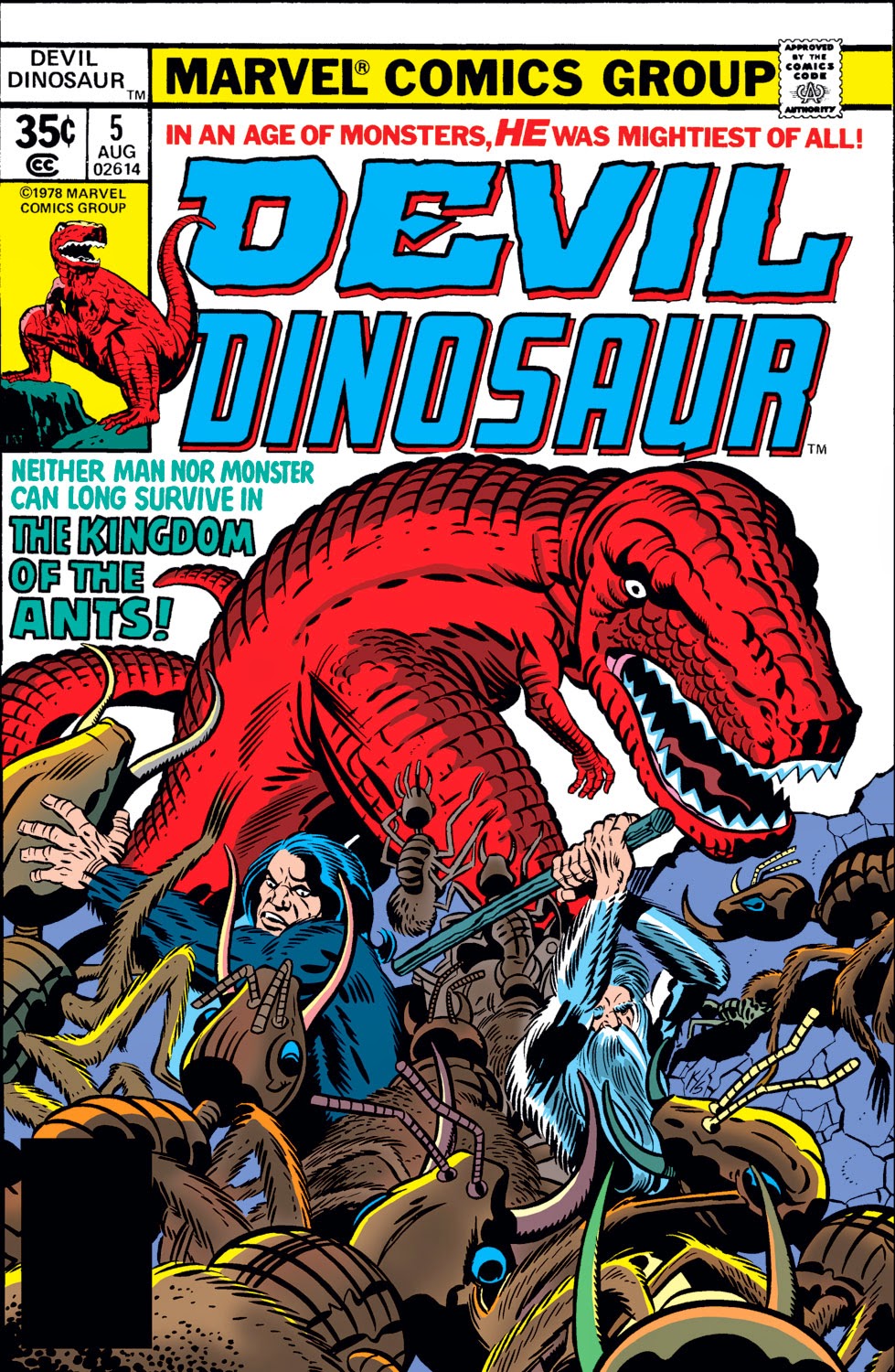 We are treated to some very dramatic, fainting dinsoaurs: 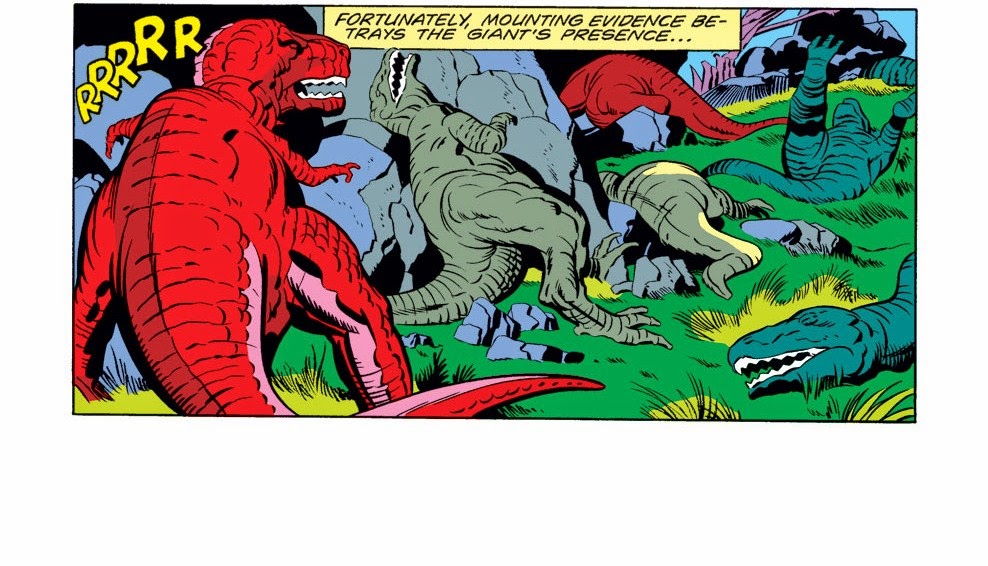 And some angry dinosuars: 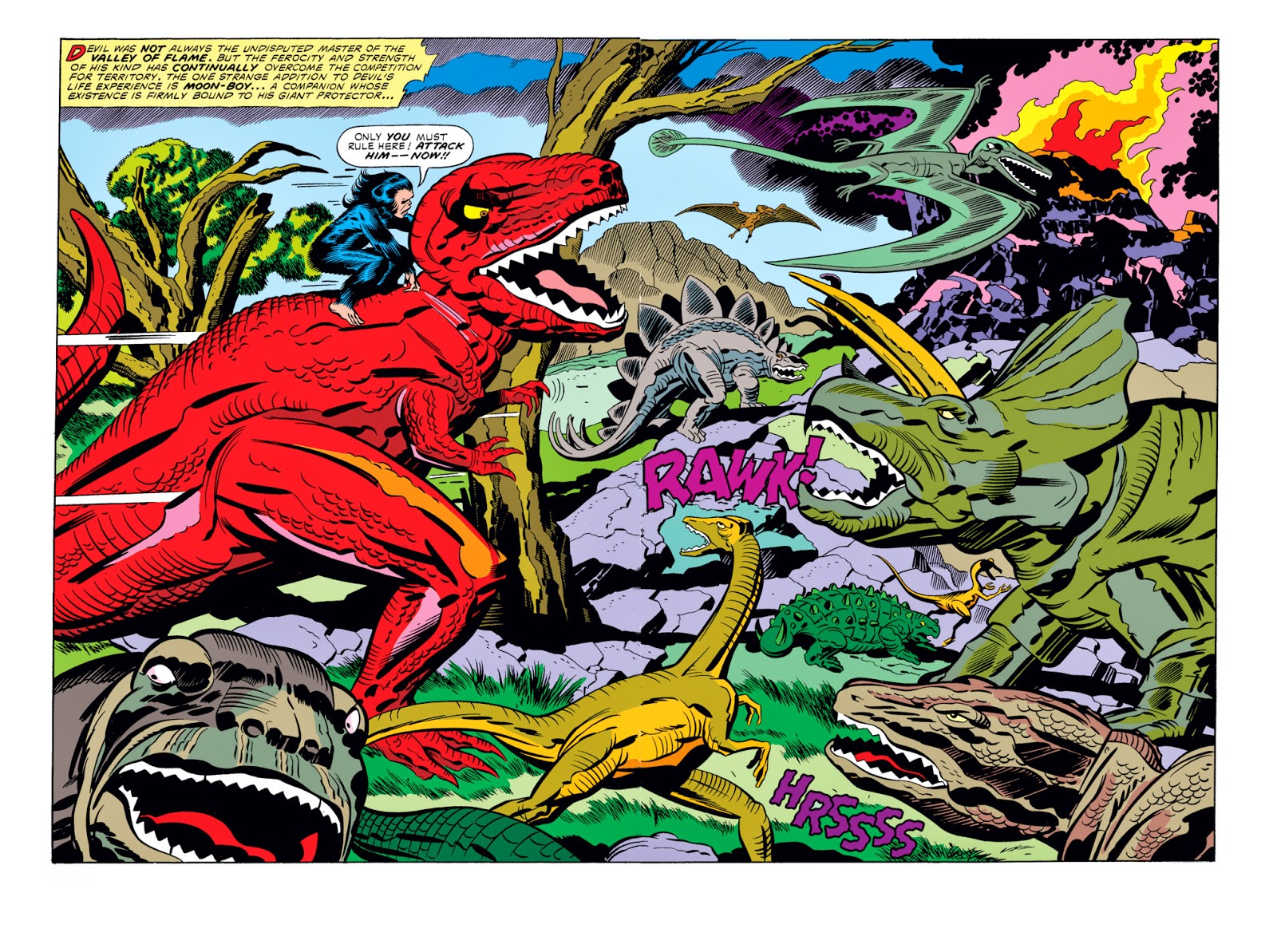 And finally some dancing dinosaurs: 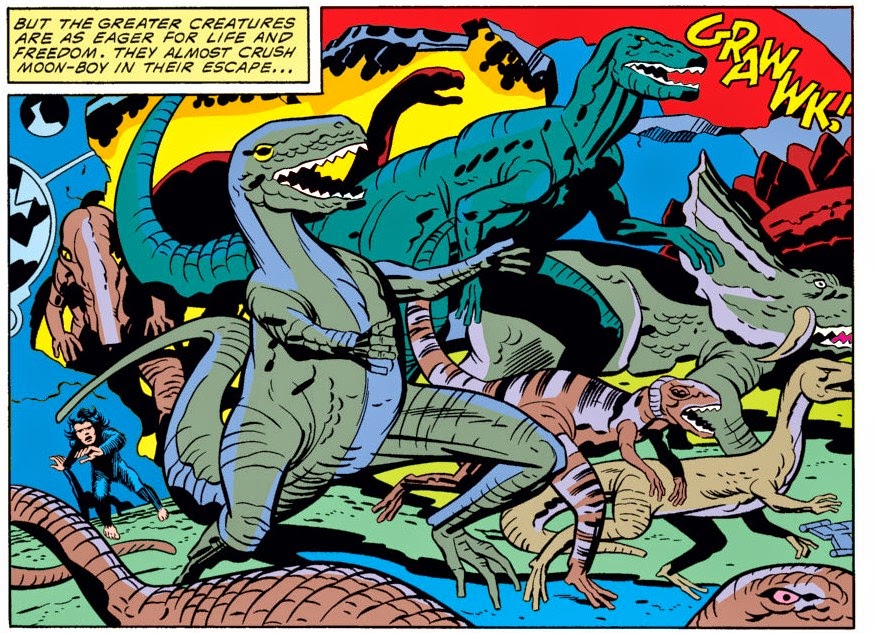 This whole series is daft, but very very enjoyable.