Lois Lane through the years #womenoncomics

Ok, so inspired by the Women Write About Comics blog carnival I decided I was gonna write a proper blog post.  With lots of words and thoughts and everything.  I haven't written one of them in a while, so let's see how this goes.

OK, as I was putting together last week's post about a history of the superpant I thought gee whiz*, I wonder what a retrospective of the Lois' would look like?  It would be interesting huh?  I wonder how much the styles would change over the years, cos we know they've changed a lot in the comics.  And y'know, as Lois is the most recognisable female figure, aside from Wonder Woman, from comics (any comics), it sure would be interesting to see how the decades changed their interpretation of her.  Right?  Right.  Course it would be interesting.

I thought about doing a retrospective from the comics, but seeing as how thousands of people must have drawn her over the years, that would be nigh on impossible to of.  Por exempla: 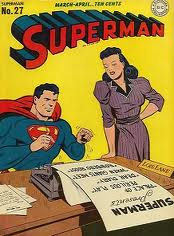 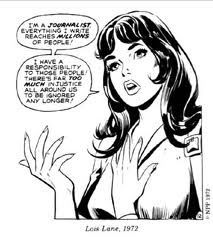 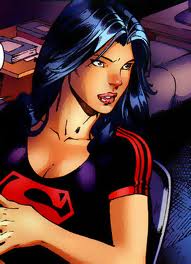 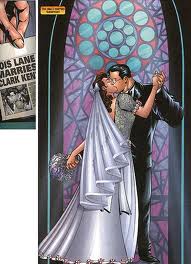 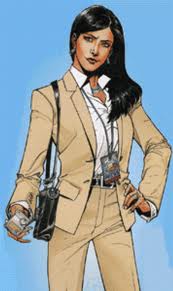 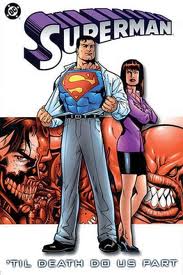 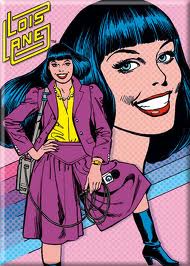 About all you can say is that she's usually in a suit of some sort, when she's working.  But even that's not a hard and fast rule.  So I decided I'd stick with looking at the on-screen appearances, by real actors.

One short google search later and I was a bit depressed.  This was the only retrospective type picture I could find: 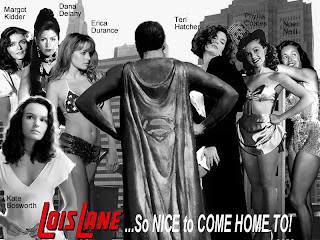 Talk about the male gaze!  I don't think that Teri Hatcher pic is even from Lois & Clark and Dana Delaney did the voice for Lois in a cartoon, she never played her on screen (pedant alert...pedant alert..).
Anyway, I asked around on twitter for other retrospectives (because my google search skills seem to be abysmal) and @jimmymcg found a good one for me. 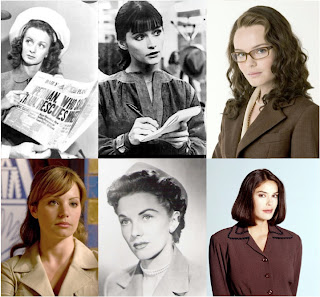 (at least i think Jimmy found it for me.  if someone else found it, let me know and I'll credit you).
Top row, left to right is:
Phyllis Coates (Adventures of Superman), Margot Kidder (Superman films), Kate Bosworth (Superman Returns)
Bottom row, left to right is:
Erica Durance (Smallville), Noelle Neill (Movie serials and Adventures of Superman), Teri Hatcher (Lois & Clark)

Now, how can I compare these?  They are all in suits, they all look professional.  Erm, they are very much of their eras?  Teri Hatcher is all 90s lines and power dressing.  Check out the bob!  It's interesting that Bosworth has glasses - did the movie makers decide they needed to give her a sense of intellectualism?  or seriousness?  That's usually what's conveyed by glasses, at least in American movie land.
It's definitely a more respectful retrospective than the first one in this post.

Women's fashion changes so much more than men's.  There's so much more nuance and detail that goes into women's fashions.  So many different things  women can do - haircut, hair colour, hair style, make-up, shirts, skirts, hats, necklaces, high heels, ballet flats, wedges, earrings, low necklines, high necklines, the list is endless.  Within each bracket there is so much choice.  So many indicators that women can choose to display.  I know that in theory men have the same range of choices, but truly, they don't.  Go compare the range of men's shoes in any department store with the range of women's shoes.  The men's range is tiny.

Anyway, to bring me back to the point, Superman has one costume.  Details change, like the size of the S shield, the height of the pants, the specific shade of the suit, but it is always recognisable as the super suit.  Even on Smallville, when that Clark didn't suit up until the very final episode ever, he always wore a combination of red and blue that signified him as different from the other characters.

Lois doesn't have that.  In the comics she is recognisable by her dark hair, you contrast her with the other characters, but you mostly recognise her from her dark hair.  In the movies, or the TV shows, it's different.  these things build a Lois that is recognisable through attitude, language and relationships with other characters.  But as to how she looks? That is utterly dependent on the era in which she is being portrayed.

Oh, I can't compare these images of Lois!  Instead, i shall give you some other retrospectives of Lois, stolen from a Livenjournal post by verogeller, titled 'Picspam: Lois Lane, my favourite character - Superman mythology': 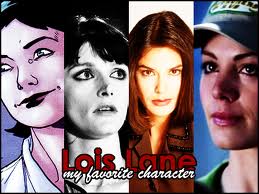 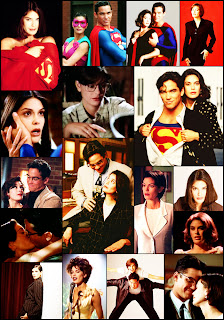 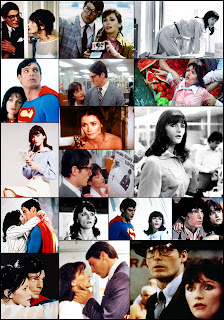 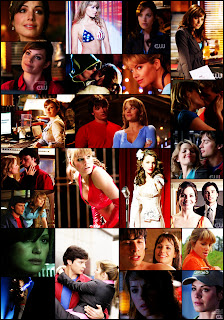 Lois Lane: You are my favourite non powered superhero!

Email ThisBlogThis!Share to TwitterShare to FacebookShare to Pinterest
Labels: lois

Very nice. I do like Lois. Actually I like the ORIGINAL Lois, who was sensational, I have less affection for crazy-trying-to-marry-Superman Lois, although I do still like her, albeit in an exasperated sort of way.

But brown hair on Lois annoys me for some reason.

@SallyP, the "crazy trying to marry Superman" hasn't been seen in decades. That character was a direct response to the sexism that women were forced to endure during that time period. That portrayal should never be blamed on Lois. It should be blamed on the men who felt so threatened by her hard as nails Golden Age persona that they tried to dial it back in the Silver Age in favor of "superdickery."

Lois is one of my favorite female characters in the genre and I think she's the best civilian character in the DCU hands down.

I also think Lois and Clark is the best love story in genre without a doubt and I remain frustrated that DC Comics caved to a sexist viewpoint that marriage "holds a man back" in their relaunch by screwing with it. I'm even more letdown that Lois seems to be more and more marginalized in the new 52---shoved behind a desk and "replaced" with a new love interest. What a shame.

I actually think Margot Kidder and Erica Durance are similiar in that they are both kind of rough around the edges.

To me, Erica was kind of the combination of Margot and Teri Hatcher. She had Teri's modern approach and humor/energy combined with Margot's kind of....hard edged, toughness.

Erica's Lois was rough around the edges but she had that heart of gold. She always seemed in control of her body and her sexuality. The show tried to exploit her on a number of occasions but something about Durance's attitude never let her be exploited. Even if she was going undercover in a sexy outfit it was like you could hear her saying, "i've got this. I've got this."

But yeah...overall...Lois Lane is love. She doesn't get enough love from DC Comic at all.